Story and photo by Mick Ashman 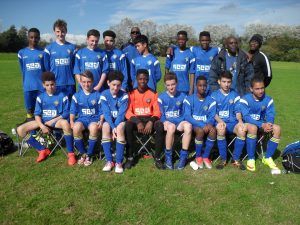 Local football club Earl Marshall Juniors U15s have won all their opening games, becoming joint top of Division B of the Sheffield and District Junior Sunday League. Manager Garfield Walters said: “Since the season started the attitude of the whole squad has been fantastic. It will be a tough season because every team wants to win promotion.” Player subscriptions partly pay for some of the team’s expenses but this season the U15s have been sponsored by local engineering company, CTL Seal.

The U12s have started playing competitive football in Division E. Their manager Patrick Turner said: “I have been looking to sign new players. The enthusiasm at training has been great to see and it is always rewarding to develop their skills as well as their understanding of the game.”