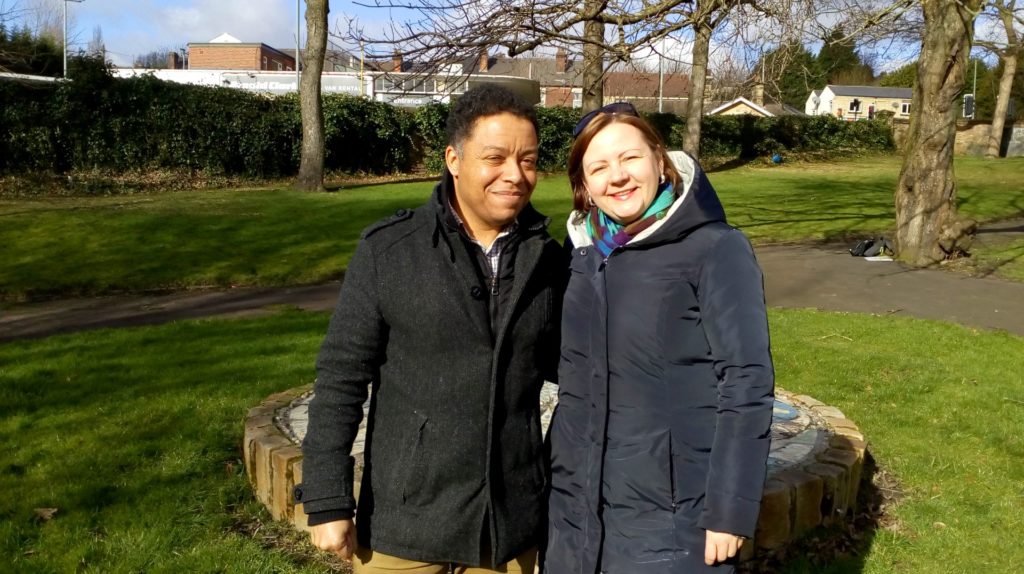 Story and photo by Sam Vines-Stancill
“I’ve missed the UK, all these years. It’s the culture I grew up in. It is what I identify myself most with. I guess that’s why I returned.”
I am sitting with husband and wife Michael and Ieva in the Tollbooth café on Pitsmoor Road. They have lived in Burngreave for a few months, but it is the only the last stop on a worldwide travelling tour for Michael. Michael was born in London, found himself in Ireland by sixteen, and when he took a job with an airline more of the world opened up to him.

He says:
“Working for an airline has its perks. I was able to travel a lot. I took a lot of trips to America.”
He was in America in September 2001, when the shocking terrorist attacks occurred. The company that employed Michael owned the hijacked planes flown into landmark buildings. It was a stressful situation.

Before meeting Michael, Ieva had also been close to conflict. In her home country of Lithuania, she and her family watched on TV as the capital, Vilnius, was attacked by Soviet troops:
“It was terrifying. People stood in this living chain to protect our country. They even rushed under the tanks… finally we managed
to get our freedom back.”
Michael and Ieva met online in January 2011, and married inJuly. After half a decade living in Lithuania they decided to return to England. They found a property guardian arrangement in Burngreave, where they look after a commercial property in exchange
for cheap rent.  They have found Burngreave an ideal middle ground between Ieva’s rural hometown and the bustle of London life, though they have had to defend their new address:
“When I tell some people where I live they kind of ask me ‘Why are you there? Don’t you want to move to the other side?
Broomhill?’

“It’s got everything we need. Its got nice parks. Nice ar

Michael also volunteers at the Burngreave library:
“I thought this would be a great opportunity to use my skills to help the community. Yeah, I am really enjoying it there. I get to
meet a lot of people in the area.”

What do they miss most aboutLithuania?

“Black bread,” Ieva answers immediately, “when I travel back to Lithuania I always bring

back a kilo or two.”