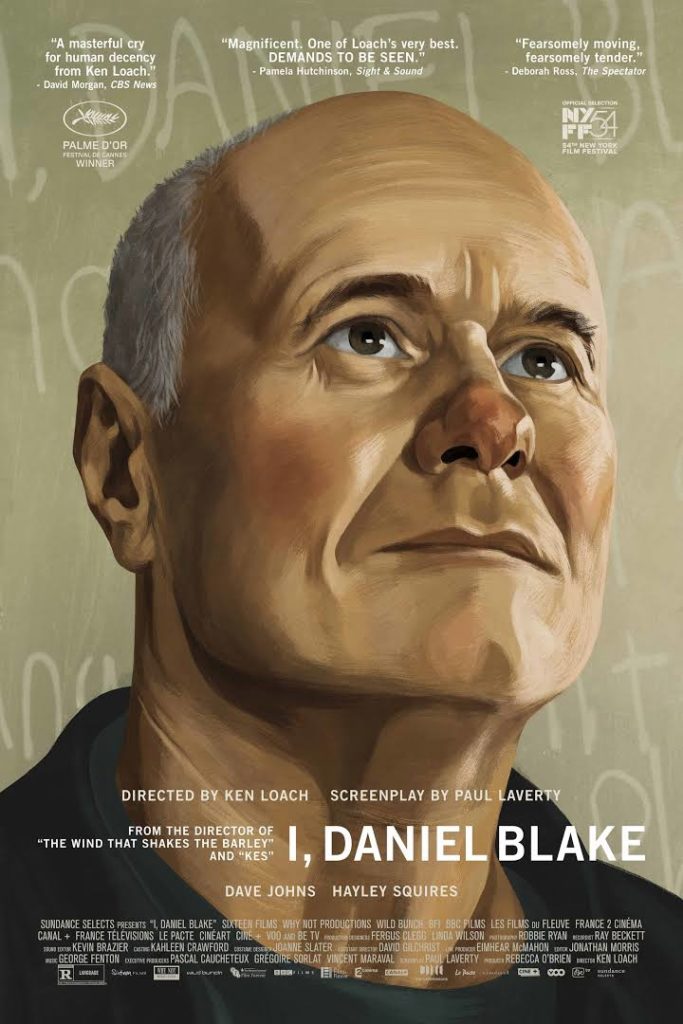 On Thursday 16th February I was invited to see the screening of ‘I, Daniel Blake’ at Burngreave Library funded by Unite Community and the Labour Party. I had been moved by watching the trailer a few days before but was unprepared for what I was about to see.

Director Ken Loach and writer Paul Laverty have beautifully created a film to give us a personal insight on being part of the
welfare system.

The film follows Daniel Blake who was advised to take time off work after a heart attack, meaning he had to claim Employment Support Allowance (ESA). After failing to meet ESA criteria in a standardized health assessment, his claim is suspended and Daniel sets out to rectify the issue. 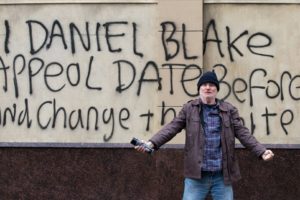 He finds himself in a battle against a system that cares less about his health condition and more about enforcing oppressive policies, such as ‘sanctioning’ which stops a person’s benefits. Daniel befriends a family in a similar situation fighting for their heart-breaking survival.

I found myself thinking about my own battles with the welfare system and the many people I have know suffering inhumane conditions due to poverty and the welfare system. The current government thrives in austerity through the suffering of millions of people, and you only have to look around to see the effects.

People are left destitute and struggling with nowhere to go and no one to turn to and so they turn to each other for support. It became increasingly obvious that we can no longer depend on the government for compassion. However, many marginalized, yet diverse and beautiful communities such as Burngreave and its people should come together to find solutions. When we educate
ourselves on issues and work together we can begin to move forward. We are all Daniel Blake, but our stories don’t necessarily have to end in heartbreak.

Martial arts classes led by Graham Abdullah, former European champion. Every Tuesday and Thursday evenings and Saturday mornings throughout the year. For children and adults from age 5 years and upwards. For more details, see: https://archive.burngreavemessenger.org.uk/archives/2007/june-2007-issue-70/kung-fu-in-china/
6:30 pm Girls Brigade @ St Cuthbert's Church
Girls Brigade @ St Cuthbert's Church
Jan 21 @ 6:30 pm – 7:30 pm
We welcome boys and girls, whatever their faiths, to join us. If you would like to know more, please contact Susan on 07469855826
View Calendar