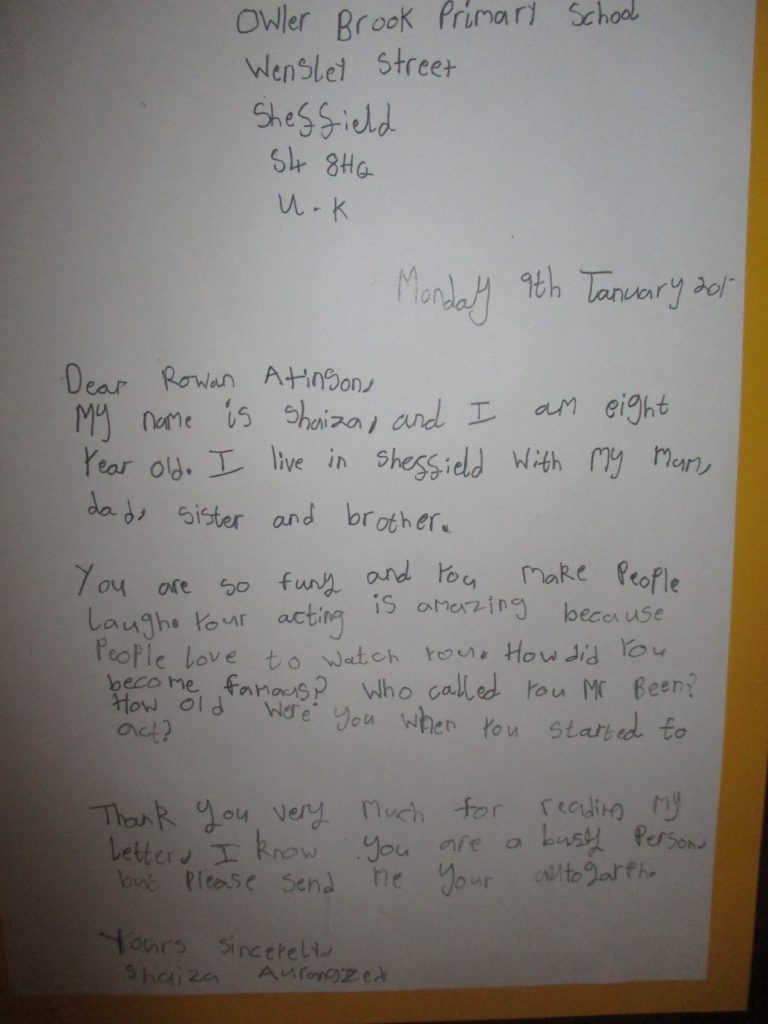 Story by Ali Alansi, Maryam Ahmed, Adam Dayel, Muneeb Ahmed, Aboubaker Diaby and Orlando Duncan.Year 5 Journalism Club pupils
In the first week of term all Owler Brook pupils wrote to all the people they admire around the world. The project was done to improve writing skills in a fun way that engages the reader.
Some people wrote to famous people, including Usain Bolt, Zara Larsson and Manchester United Football Club. Others wrote to Little Mix, Rowan Atkinson and even the Queen.

Some people received replies, and even autographs and photos. One letter got the attention of a scientist from Sheffield University, but because Aisha (who wrote the letter) forgot to put the school’s name on the letter the scientist had to ask Radio Sheffield to put out an appeal to find out where it came from. This then went ‘viral’ across the whole of Sheffield on social media in the search to find Aisha.

Mrs Oldham, head of school, said “The children were really excited to write to a person of their choice and it was great to see how many responses and letters we got back.”

Ali Alansi, class 13, said: “It makes you feel special to get something back.”
The letters have taught the children about formal styles of writing and hopefully they will be inspired to keep on writing. Some of the skills used in the project have helped them with their literacy.