Oasis Academy Fir Vale on Owler Lane has received an award for having one of the highest percentages of pupils taking part in a walk to school project.

The ten day Active Travel Challenge, which was run last summer by South Yorkshire Safer Roads Partnership, encouraged children across the region to walk, cycle, or use scooters when making their journeys to and from school.

Pupils from the primary school were challenged to ‘get active’ to improve their health and wellbeing, but the project also aimed to reduce congestion and parking problems around school buildings. 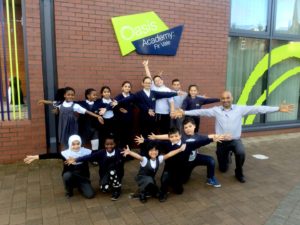 “The pupils are delighted to win this award, which they richly deserve. At the Academy we were so impressed with their commitment to being active, walking and riding down to school. They really enjoyed it.”

She went on to say that despite the challenge coming to an end, pupils have continued to walk to school.

The Academy were also praised by the judging panel for using the opportunity to promote road safety through the use of song.