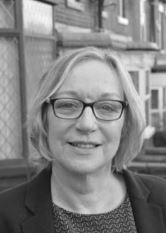 On 8th June people across the country went to the polling stations to vote. Our constituency of Brightside and Hillsborough continues to be represented by Labour MP Gill Furniss increasing her share of the vote by over 10%, which means she now has 67% of the vote.

Burngreave is traditionally one of the areas of Sheffield where few people vote but this election saw a great improvement with a 59.2% turnout.