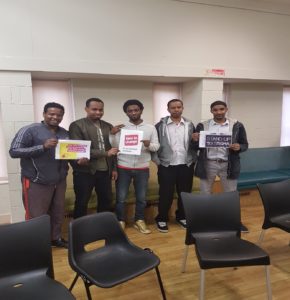 Story and photo by Sharmarke Ismail

Maan Somali mental health organised workshop which aimed to raise awareness of mental health and wellbeing and at same time promoting the importance of being active as part of Active Burngreave project.

Many Somali of the Somali community both elderly and the young including university graduates and other professionals attended the workshop. 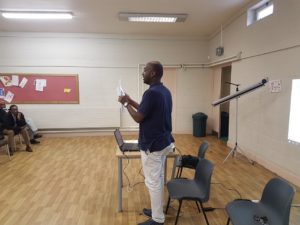 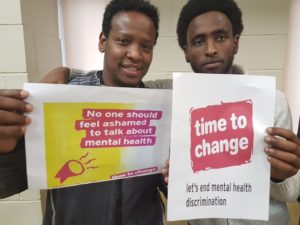 The participant displayed a message such as stand up to stigma, Time to change; let us end mental health discrimination, No one should should feel ashamed to talk about mental health etc.