Story and photo by Huw Thomas 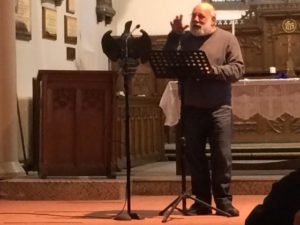 The Nobel Prize passed through Pitsmoor, in the shape of Jeff Halper. Jeff visited Christ Church Pitsmoor and hosted a session on the future of Israel and Palestine.

During an informative afternoon, Jeff explored the politics and history of the region, taking questions and entering into discussion with the fifty participants who attended.

Jeff is an American-born anthropologist who moved to Israel in 1973 and has campaigned for peace and the rights of the Palestinian people, most notably in his work with the Israeli Committee Against House Demolitions. In 2006 he was nominated for the Nobel Peace Prize.

Jeff’s talk presented the work of a group with which he is working, exploring the possibility for a just and peaceful one-state solution to the Israeli-Palestinian conflict