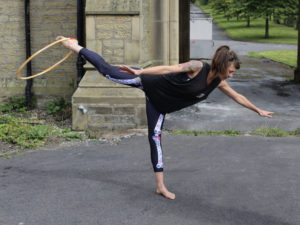 Ashlee Male, who featured in Issue 130 of the Messenger has made it into the record books now that her World Record for the most hula hoop rotations on the leg in the arabesque position has been officially confirmed by Guinness. Ashlee also raised over a thousand pounds for the PAWS dog shelter in Cyprus.