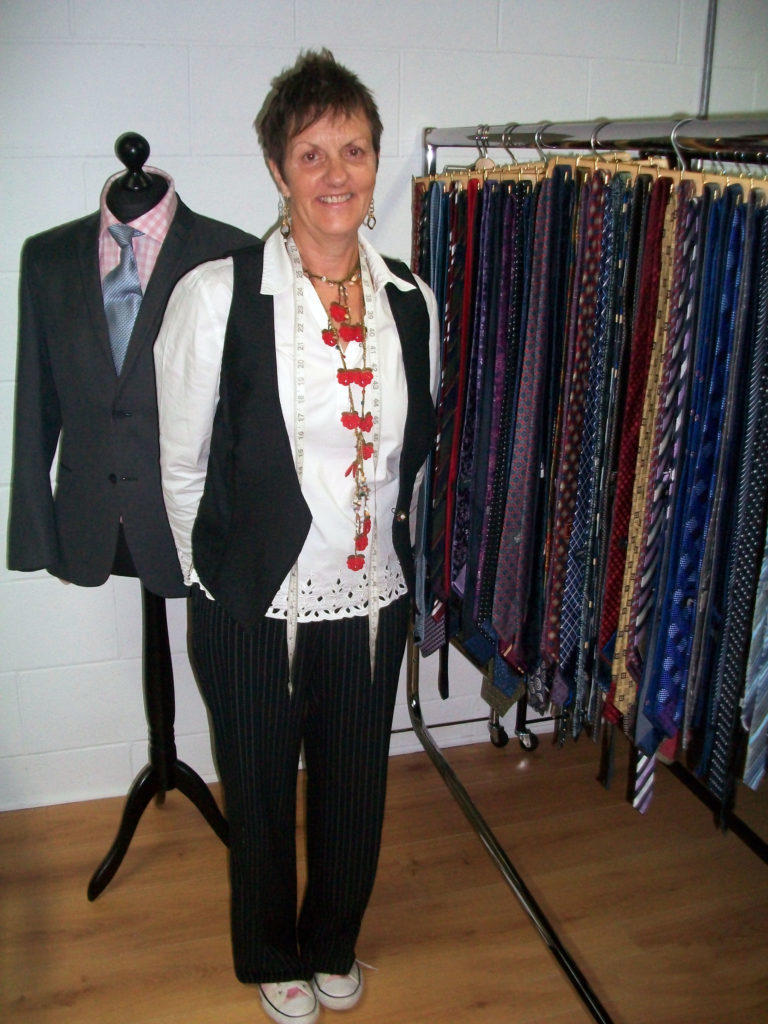 On hearing about a charity called Suitworks, a charity that helps men into work or training by providing them with a suit, we went to visit them to find out more. At one of the units on New Mesters, 53 Mowbray St, we met Vanda Kewley in a room full of smart suits and shoes.

Vanda set up this charity three years ago after being made redundant. She had volunteered at a charity called Suited and Booted in London and saw that there was nothing similar in Sheffield. Recognising there was a need, and having already trained as an Image Consultant and armed with the desire to help, Vanda set about making it happen.

Through applying for numerous grants and funding Suitworks was born. Vanda worked and continues to work with Hallam University who do things like create videos and promotional material.

They support unemployed men of all ages who have an interview lined up but do not have or cannot afford the suitable attire. Vanda believes that the way you look can have a transformative effect on your self-esteem and can boost your confidence. So, if men are successful and get the job, The Suitworks offer ongoing support for a few months in the form of a “Capsule Wardrobe.” This offers men a few more smart attire options even after their interview, to continue to improve positive self-esteem and confidence in the professional environment.

We talked to two local individuals who had been referred to Suitworks, Mhamad Amourni and Hasan Kahooh they were given smart suits so when they attend interviews they look the part, currently they are both training at Groundworks.

These individuals are training to become engagement officers and want to go on to help others in a similar situation to themselves.

When asked where they receive their suits from Vanda said:

“Most donations come from big organisations like Lloyds Banks, and Sheffield Hallam University who run suit drives they also get donations from next clothing and Slaters menswear they also get the occasional help from celebrities, Richard Hawley and Big Shaun (of the Everly Pregnant Brothers).”

When asked if there was any surprises along the way Vanda said she was surprised to learn that unfortunately many men share similar body insecurities as women.