Sheffield City Council continue their plans to evict residents of the Ski Village traveller site – located in Parkwood Springs – with a court case set for the 24th September- 26th September 2018.

Since the fire in 2012 the Ski Village site has been deserted and uninhabited, and the new age travellers have made use of it to find shelter, living there for the past decade. However, the council have been trying to evict them since 2015 and have taken the issue to court, as they want the land back for redevelopment. Although there are no current plans set to build on the site, it may be a part of plans to build a larger leisure complex in the future.

The council are not willing to give away land that they own, which is why their case is set for later this month. They have offered housing and support to the occupants, to help find them suitable alternative homes. However, the residents believe that they should be allowed to stay as they’re respectful of the land and the local businesses around it; they pose as no real threat, as emphasised by resident Tim:

“Local people, the people of Sheffield, the businesses down the road, they all feel comfortable with us. The guy at Dearneside [Fabrications Company nearby] say they haven’t had to hire in security since we’ve been here. We help to keep the crime away.”

Furthermore, the site encourages cohesion and gives a sense of purpose to the travellers, who without it would struggle, as this is the only practical option for them. Diane Barrett told us:

“It is my home for myself and my children and we are worried that if we are to be evicted and another site is not offered, then we might end up on the side of a road which could potentially be dangerous for us. My children are happy and thriving at school and I don’t want to have to move them to another school if we have to move far. The people who live on the site are like my family, we are a close knit community , we help each other and we are worried that we might end up being split up.”

Another resident, Dave, raised the question of where they could go:

“Problem is they get tighter and tighter for spaces. There are so few other sites now, where else are we going to go? There’s just no land available anymore, it’s all been sold off. Here, we work together as a community, supporting each other.”

The residents have had widespread support from others, with a petition signed by nearly 3000 people, but the trial this month will establish what rights the council and they both have, to determine the outcome – whether or not they will be evicted.

If you would like to support them, visit their gofundme page: www.gofundme.com/vr2yw-helpwith- legal-costs

Meanwhile, the Ski Village site itself has been hit by another fire yet again, on Saturday 1st September. The fire brigade say 700 square metres of the 48 hectare site were damaged, in a blaze which took firefighters nearly five hours to extinguish. Arson is suspected, again.

The new site hopes to open in 2019, and the developers, Extreme, say they hope that the site clearance prior to building will put an end to any ‘fire issues’. 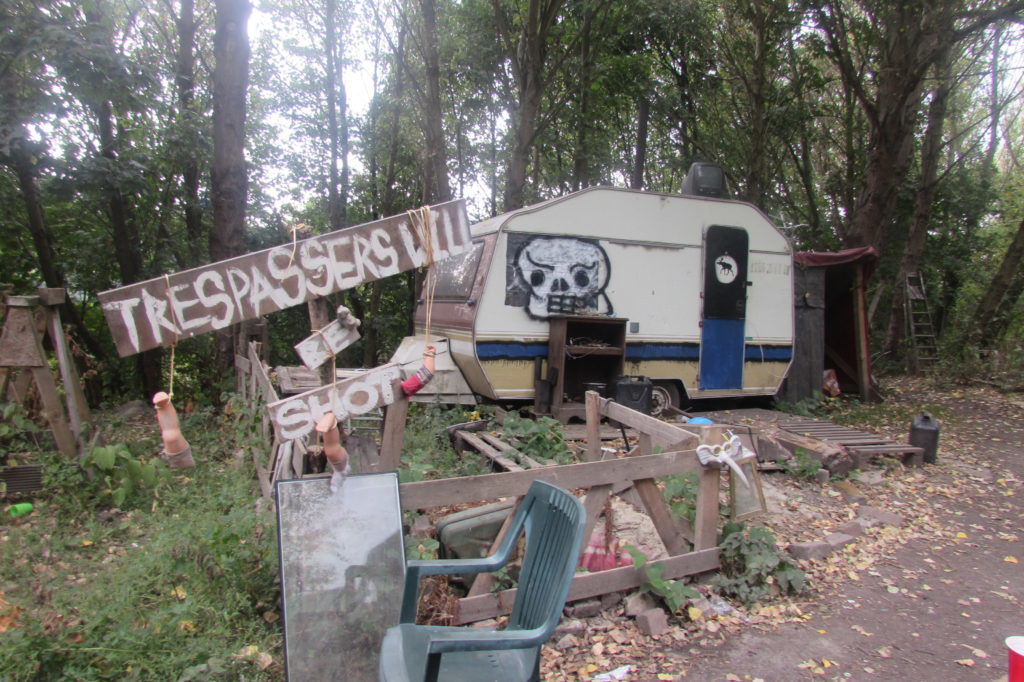