I visited local residents Margaret and Albert Hoult who told me the story of a charity pram push that took place around Pitsmoor in 1976.

Around 25 couples, all adults, took part, visiting public houses around the area. Some of the public houses are still here, others long gone. The push started in the Pitsmoor Hotel followed by the Bay Horse Hotel and the Tollgate then rolled onto the Rock, the Furnival, and the East House on Spital Hill, before reaching the Albion and the Royal Oak and finally finishing on Gower Street, in the Gower Arms and the Grapes. Ten pubs in total.

The reason for the pram push was to raise money for Pitsmoor Adventure Playground and shelter. Although Albert cannot remember exactly how much money was raised in total, he knows that he and his wife, Margaret raised about £30 themselves. Going on this if each couple raised around the same amount a total of £750 – equivalent to over £5,000 today.

I also made contact with the current Chairperson, Yanina Koszalinski, who told me that the playground was originally on a slightly different site to the one where it is today.

“It wasn’t far away, just slightly over the top of the hill. I understand that it was local residents that built wooden structures on the original site and may have been temporary just for the summer holidays only. The council wanted the site back, presumably to build the new housing and children’s nursery. The community campaigned for the council to provide another site, which is where we are today. “We have two volunteers, Pete and Glenda Giblin who have a long history with the playground and have talked about Pete’s family going round the local pubs in the early days to raise money for the adventure playground. Their family tradition of raising money for the playground continues, partly through their ongoing support but also because Pete and his sister made a donation when their last parent died which enabled us to install a bucket swing.” 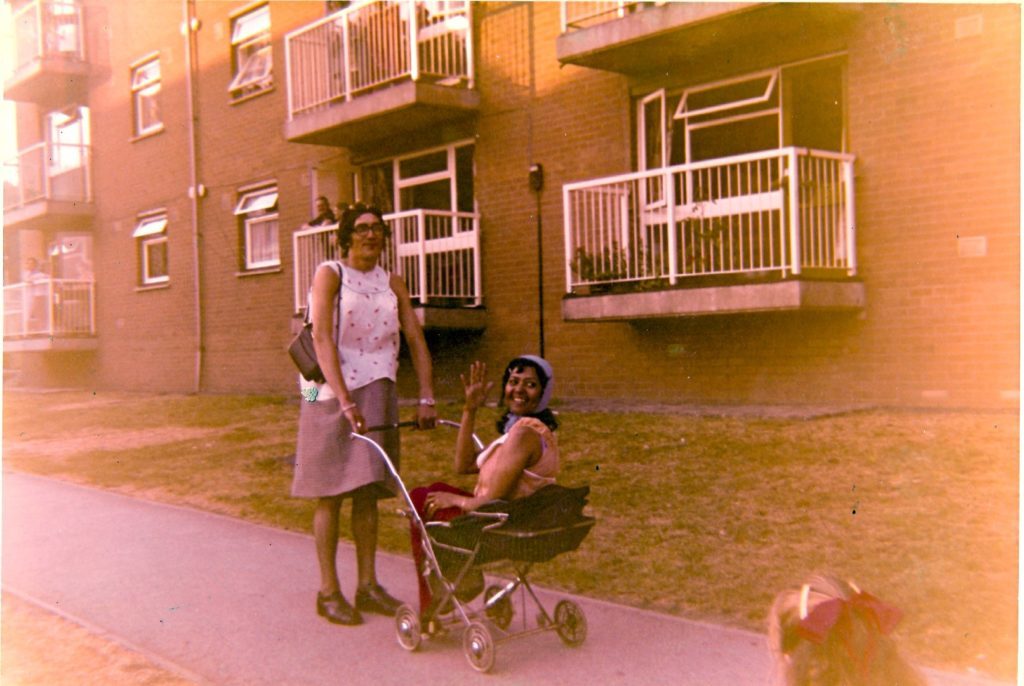