Over 70 people braved the cold weather and participated in a litter pick in Fir Vale organised by Fir Vale Community Hub. The weather report had warned of snow but that did not deter people from taking part.

Local residents, were joined by people from the Sheffield Roma Network, and Sheffield Litter Pickers group, as well as a host of other local workers, all coming together to get the streets of Fir Vale shining.

The area has suffered from bad publicity due to the amount of litter and problems with rats, but people are determined to work together to make sure that the area is clean and litter free.

Geraldine Houlton of Sheffield Litter Pickers was impressed with the enthusiasm and commitment of the local team and offered to be involved in future litter picks. Usman Yousaf, the Community Cohesion Co-ordinator at Fir Vale Community Hub was also delighted with the turnout. He said:

“Local residents were delighted to see young people and others from all backgrounds working and socialising together.”

A week later, Usha Blackham, from Aspiring Communities Together, organised another pick on Earl Marshall Road and Whiteways. The group of around 25 steadily worked their way around the pathways clearing all litter. One area in front of garages on Whiteways Road was particularly bad, with dumped furniture, garden waste and general rubbish, but that got cleared.

“It was a great turnout for Saturday’s litter pick. I think Usha is amazing and I would like to thank her and others for their efforts in organising this and other litter picks.” 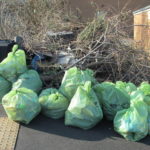 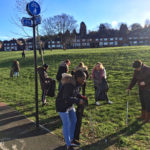