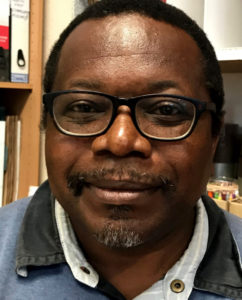 Story and photo by Messenger Staff

On 11th February, Burngreave resident, and Messenger volunteer, Victor Mujakachi was detained under threat of deportation. He was detained when he reported to the Home Office, as have many other Zimbabwean asylum seekers, both locally and nationally.

In 2008 a warrant for Victors arrest was issued by the Zimbabwean authorities, following critical comments he made online about the re-election of Robert Mugabe. He applied for asylum but his application was turned down, as were two further asylum applications in the following years.

Victor was recently called to attend a Home Office interview, but found that he was to be interviewed, alone, by Zimbabwean government officials. On his next visit, he was detained, sent to Morton Hall Detention Centre in Lincolnshire, and was due to be flown back to Harare within 72 hours.

Following the launch of a successful petition (which received more than 5,000 signatures overnight, and now has over 75,000) MP Gill Furniss intervened. This led to his deportation being postponed, and Victor being granted a temporary reprieve. Gill said:

“I am incredibly pleased that following my interventions with the Home Office and the petition we have now secured a three month window in which Victor will not be removed from the UK. “The outpouring of support for such a valued member of our community has been amazing and has played no small part in ensuring for now, Victor is safe. My team and I will be working over the coming weeks to help Victor secure his future in Sheffield.”

Victor is an award-winning volunteer who has been involved with many organisations across Sheffield, including ASSIST, Football Unites, Racism Divides, Homeless and Rootless at Christmas, City of Sanctuary, and many others. In 2013 he was awarded South Yorkshire High Sheriff’s Award.

Following his release, ASSIST Sheffield published a message from Victor:

“Thank you so much and words cannot express how profoundly grateful I am to be in the company of such a supportive community who rise to the occasion when it really matters and at a time when I felt completely helpless and powerless against two very powerful governmental systems, the UK Home Office and the Zimbabwean government.”

In reaction to the news of the support he received, Victor added:

“I am deeply humbled by the response to my plight and wish to thank each and every person who has raised their voice on my behalf. But this is not only about me. The level of response shows that many people in the UK are deeply concerned about the human rights situation in Zimbabwe and the Home Office’s intent to deport people to the country where we would face arrest, torture, or worse”.

ASSIST Sheffield started the petition for his release, and, following the campaign, his story and the plight of other Zimbabweans facing deportation made headline news locally, nationally and globally.

The campaign to prevent his deportation continues. ASSIST Sheffield are keeping the petition open until they can be absolutely sure that Victor is safe: https://tinyurl.com/VicMuja