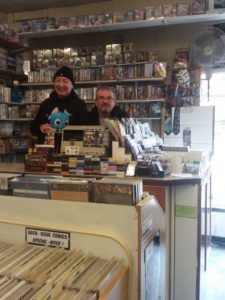 Story and photos by Kasar Ali

Originally based in Heeley but now situated in the middle of the Wicker, the Sheffield Space Centre has been going strong for over 40 years.

I visited a densely packed store, with an array of merchandise, manga, comics and graphic novels, to find out more about this gem of a shop and the yearly International event they are involved in. I was greeted by Colin and Jim who are animated and enthusiastic, aficionados of comics in their own respect. Colin, a self-confessed kid at heart, told us more about this lesser publicised event.

“Free comic book day is an annual event that we have been involved in for over 20 years, initially established to promote new releases for up and coming series.”

It’s a family friendly event, hosted at the shop, where people can come along and receive a taster from a selection of material on offer and also receive discounts on various items. 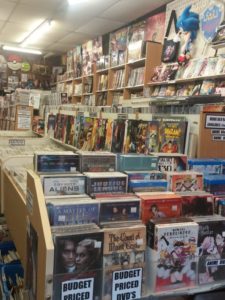 Colin, who has been working there since 1990, is an expert in all things comics. He told me about his anticipation for the event, the element of surprise as they don’t fully know about all the stock they will receive.

“It feels just like Christmas. Here in the shop we can offer an experience shopping online can’t, thumbing through the catalogues, finding something unexpected, stumbling upon something you wouldn’t usually consider”

If you are inspired by the comic book culture, come and support the Sheffield Space Centre this May the fourth.