Sheffield Brightside and Hillsborough MP, Gill Furniss has marked a local primary schools Parliament Week with a visit to Oasis Academy Fir Vale as pupils presented what they learnt over the week.

Held in the final week of June, Parliament Week at Oasis Academy Fir Vale came about when a member of staff applied for a Continued Professional Development course at the Houses of Parliament back in October 2018 and was selected to take part in the programme which happened in January this year.

Agnieszka Freeman, Parent Partnership Lead Ambassador travelled to Westminster for three days and together with seventy other teachers from across the UK visited parliament, met a number of MP’s. Agnieszka is a newly appointed UK Parliament Teacher Ambassador (Gold), a position recognized by the Parliament Teacher’s Institute.

Agnieszka, said: “As a Teacher Parliament Ambassador I am delighted to be able to inform pupils and staff about the significance of the work of the UK parliament and government, promote the British and European values and take an active part in bringing up and educating the next generation of politicians and voters.”

During the Academy’s Parliament Week pupils have learnt about what parliament is, the work of an MP, democracy, election, and a number of different laws.

On Wednesday, Year 6 pupils travelled to the City of Westminster to visit the Parliament Educational Centre to explore the idea of laws and debates.

The Centre is a world-class education facility that inspires and connects young people with Parliament and democracy. It is a dynamic, stimulating environment, distinct from the school environment.

On Thursday, pupils took part in a mock election to democratically elect their student parliament for 2019/20, they even had their own polling station which was set up with the help of the city council. 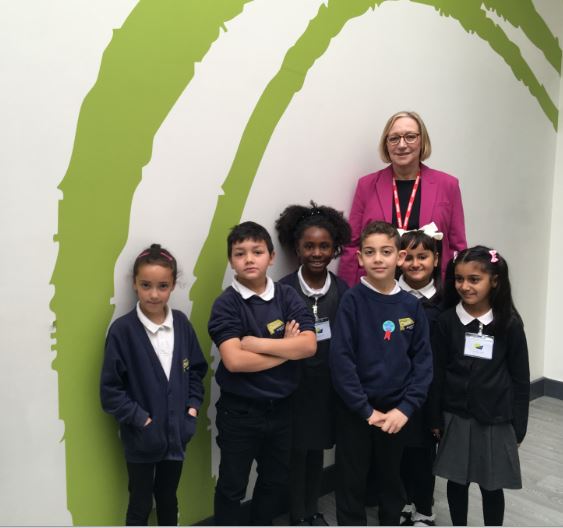