For our twentieth anniversary, we set out to the Toll Gate house to interview Pitsmoor resident, and familiar Burngreave Messenger face, Winnie Bentley. Since we did our first ever ‘I Belong to Burngreave’, we have wanted to know more about Winnie, and incorporate her in our special 20th birthday issue. She has lived at the Toll Gate house since 1947, and is a very valuable Pitsmoorian.

Upon entering the house, we were greeted by Winnie with a large smile, as she welcomed us to her small, but elegantly decorated, home. We were welcomed to sit down, and we began the interview.

When did you come to Pitsmoor? What is your impression of it?

I’ve lived in Pitsmoor all my life, love. I’ve been a part of Christ Church for 70 years, I got married there in 1947. It’s definitely changed a lot here!

Where have you worked?

Well, I worked at Wigfalls for 28 years, and then I volunteered for redundancy. I also went to work at Brass Founders for ten years. And when I retired at 60, I became a crossing guard lady, helping children across the street. During that job, I got to see those children grow up, get married, have their own kids. I worked as a crossing guard for 22 years.

What do you do for fun?

What improvements do you think we could make to Pitsmoor as a community?

Truthfully, Pitsmoor’s gone more downhill as time goes by. It’s that nobody knows each other anymore. I think just getting to know each other better, is all.

Do you ever find the location of your house inconvenient?

Living next to traffic, yeah. There’s grates by my house, and if someone runs by, they tend to rattle. There’s also lots of little kids who like to come up to my window and bang on it. I’m always very friendly to them, and if they wave, I wave back, though. I think since they’re so young, they should have parents with them.

What puts a smile on your face in Pitsmoor?

Well, I always smile and laugh, I like to see the funny side of things all the time. I guess just knowing everybody makes me happy. We asked Winnie about her family life, and who she had other than her 22 grand and great grandchildren, and she had told us of her deceased father, who had died from cancer at 40. Winnie has also been a widow for 26 years

My husband played piano in pubs and things, you could mention a title and he’d play it. But he couldn’t read a word of music. “Crotchets and everything, I’ve no idea what they mean”, he’d say. He’d ask our daughter to go and learn the sheet music, and then bring it back to him and tell him what everything means. 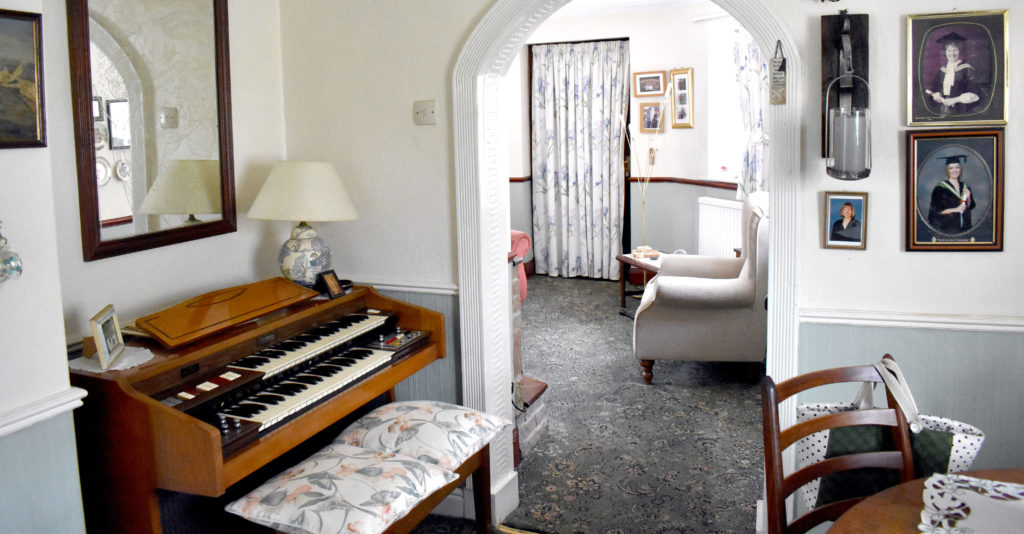 Winnie also has three daughters. They’re up on her ‘wall of fame’, with the rest of her family, baby pictures, and great achievements. Winnie also has a strong devotion to Christ Church. Not only did she celebrate her marriage here and be connected with it for 70 years, but she says it greatly helps her.

“My faith has kept me going through all these years.” 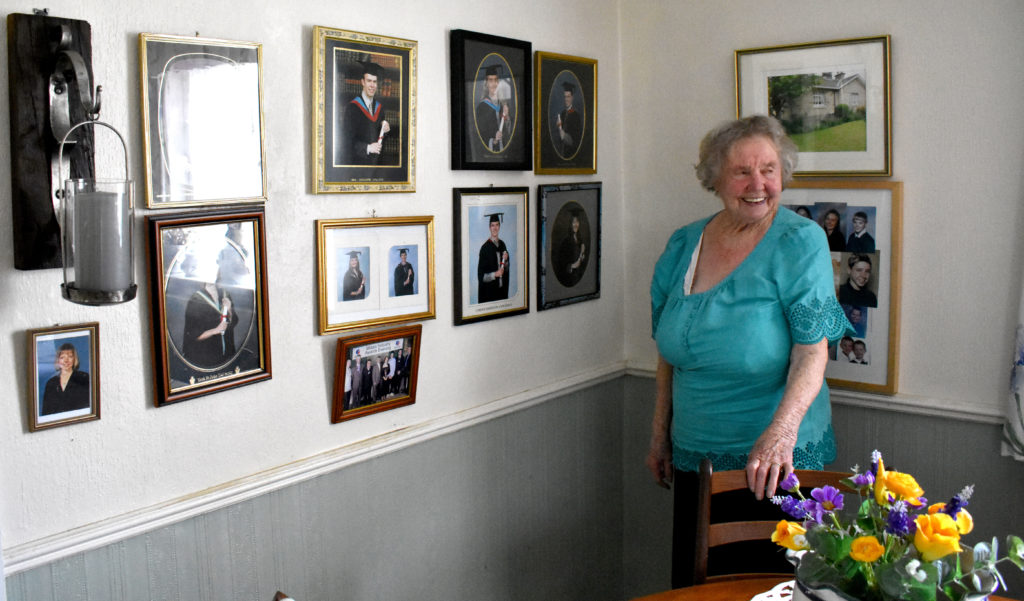