The Cheap Thrills Zero Budget Film Festival made another successful visit to Pitsmoor in November, based this year around a theme of ‘heroes.’ Masks and capes were optional for the audience, and there were several well disguised figures in attendance, although one might have been slightly more disguised had he removed his dog collar.

Christ Church was packed for the event and the audience were treated to a range of music (including from some of the musicians playing up the road at the Bay Horse pubs ‘Punk 4 the Homeless’ night) and other entertainment as well as the selection of short films from around the globe. The international selection was particularly impressive this year, as were the amazing arrange of cakes brought along by the audience.

Although not a competitive festival, there were winners announced from the submissions, some of which can be seen online, including the marvellous comedy ‘Ringo Rocket Star and his song for Yuri Gagarin’ which can be seen at: https://tinyurl.com/ZBFF2019 Cheap Thrills! Zero Budget Film Festival is a FREE collaborative community film festival, which started in Burngreave Cemetery and Chapel in 2011. Films are up to about eight minutes long and must be entertaining and suitable for a family audience. As the name implies, they should cost nothing but time and effort to make.

Thanks to Martin, Steve, Ben and Robin for putting on such a fantastic event! 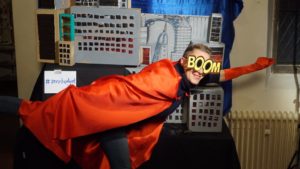 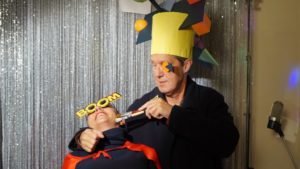