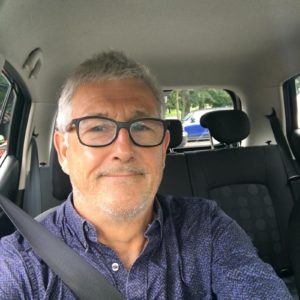 Andy Shallice, who was Area Co-ordinator for the Burngreave Area Panel and a regular contributor to the Messenger, died suddenly in December 2019. He was a political activist, trade unionist, human rights campaigner and a great friend to the BAME communities. We were devastated to hear that he passed away.

He believed with a passion that voiceless communities should be heard and be an important part of this great city. Andy was one of those people who walked into our lives and genuinely changed things for the better.

As sad as I was during his funeral, the contributions made by his family and friends were uplifting. I met many people who had such positive and profound things to say about him in terms of the impact he had through his friendship and political activism but also people who had personal experiences of him being very supportive, a confidant and a friend. It was really touching by any stretch of the imagination.

He was a true campaigner against racism and supported women’s rights and LGBT+ communities and was committed to the liberation fight against racial injustice founded in a deep sense of commitment to marginalised communities. Andy was a respected and loved member of our community – both within our organisations and more widely amongst voluntary and community groups.

He was a true champion of our cause and we have lost one of the most thoughtful human beings you could come across, committed to making a positive difference and tipping the scales towards fairness and equality. I sincerely believe Andy Shallice is part of our success story and a definition of a brilliant activist. I will miss him enormously.