We’ll start at the foot of Spital Hill and walk to Ellesmere Green.As we stand, our back to Wicker Arches at the bottom of Spital Hill, looking up the hill, there’s a triangle of waste land on our right. This was part of Sheffield’s first railway station, opened in 1838 for Sheffield and Rotherham Railway. It was replaced by the current railway station in 1870 but was maintained until the 1960’s.

From here a tunnel was dug in 1847 for a line linking to the railway at Bridgehouses. The tunnel was known as “Fiery Jack” because the steam locomotives struggled as they went up through, showering sparks. The tunnel was an air raid shelter in World War 2. It was allegedly haunted. Today it is home to a protected bat colony. The entrance to the tunnel is under the wall to the left of the Tesco Carlisle Street entrance.

The former junction with Spital Hill used to be known as “Caborn” or “Commie” Corner. George Caborn was a leading Sheffield Trade Unionist in the 20th Century, and it was here that the Lord Mayor’s Parade and many other protest marches assembled. The plaque and blue cedar tree, planted in Caborn’s memory still stand.

The East House pub used to occupy the current shop, by the steps leading down to Tesco. On New Year’s Day 1960, punters were singing carols around the piano in the smoke room. Ismail Mohamed entered the pub with a revolver and shot five men, three were to die. Ismail believed evil voices spoke to him through the electrical system.

Spital Street climbs up opposite Tesco. “Spital” is an old form of “hospital”, in those days hospitals were as much refuges for the poor as they were for the sick. The oldest document in Sheffield Archives shows St Leonard’s Hospital was founded near here in the 12th Century by William de Lovetot, the Norman lord of the manor. 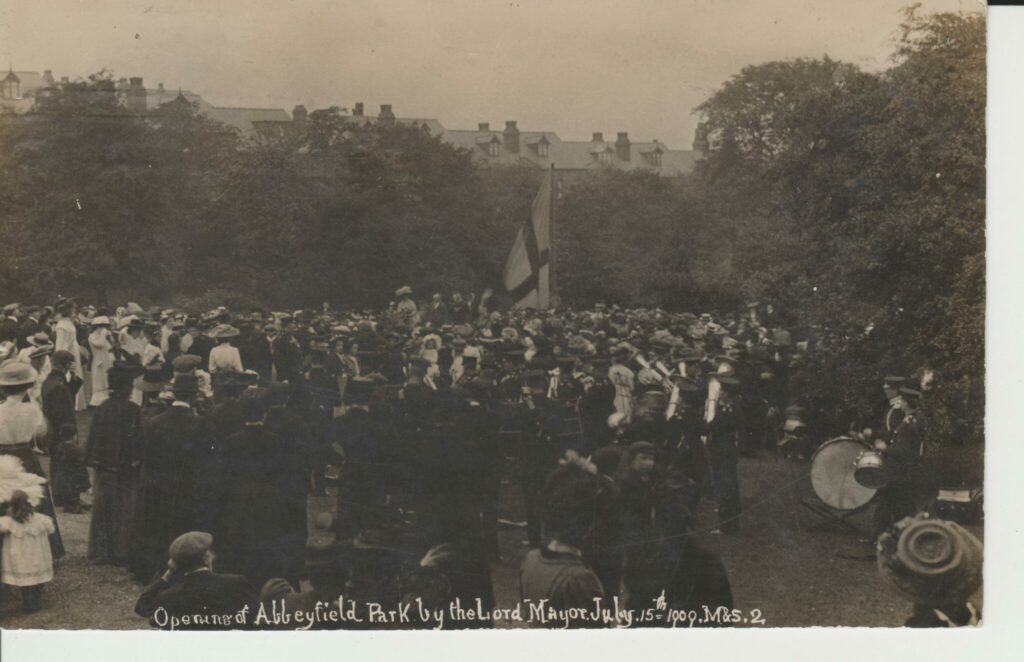