It’s every parent’s nightmare to have a child diagnosed with a serious condition but Falak Zeb had to face this challenge twice. In 2001 her newborn daughter was diagnosed with Methylmalonic Acidemia (MMA).

This is a rare, life-threatening metabolic disorder and without treatment brain and nerve damage can occur. Taking her 8 month old to Sheffield Children’s Hospital was terrifying; staff could not explain what was happening. Tragically, Falak’s baby girl died. Then in 2007 her second child, Daniyal was born with the same condition.

A small team of consultant, dietician and nurse – became Falak’s ‘family’, helping her son grow and develop. However, in 2007 they struggled to find the best treatment. Despite their efforts, his eyesight was damaged, he was agitated and uncommunicative.

When Falak was going through this ordeal without support, she felt desperately alone. Falak cared for Daniyal at home for 11 years but in 2019, he was taken to ICU, close to death. She remembers crying in the parents’ room, when another parent comforted her, explaining that since Daniyal’s first diagnosis, treatment had moved on.

The Metabolic Centre opened in 2019 appointing Professor Surfin Yap, an expert in the field. With expert treatment, Daniyal’s condition improved and he came home.

Falak is proud that her son is now calm, communicative and has started to interact with other children. In the last two years he has made amazing progress. Falak is grateful for the work of SCH but the support of other parents has been invaluable.

“Parents need to be educated about their child’s condition, then you can cope and also support others”.

CORRECTION: We published the wrong phone number for Healthwatch last issue.
The correct number is 0114 253 6688 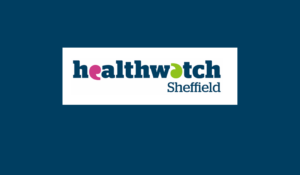