The 3rd in our series of history walks around Burngreave.

Built in 1837 and standing at the junction of Burngreave, Pitsmoor and Barnsley Roads, Pitsmoor Toll Bar cottage is one of the oldest buildings in Burngreave. It was built, as a replacement of an earlier building to collect tolls from those using the route from Sheffield to Wakefield and Leeds which opened as a toll road (turnpike) in 1758. 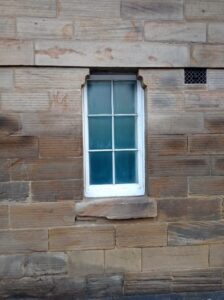 The ticket window is still in evidence on the Pitsmoor Road side. The turnpike took a steep route up from Sheffield via Pye Bank. The raised section of road between Shirecliffe Lane and Orphanage Road is a relic of the old turnpike.

Before the coming of the canal and railways this was an important route for the movement of Sheffield’s wide range of cutlery and other manufactured goods. It was also important for West Yorkshire’s textile goods for which Sheffield was a major distribution hub.

In 1760 this turnpike road became the route of the Flying Machine, also known as the “Balloon” – a stage coach, pulled by six horses, sped from Leeds to London via Sheffield. It took three days and six hours to reach London from Sheffield. However, a coach used to leave Sheffield for Leeds and get back to Sheffield at 21.00 the same day. The stage coach company paid for turnpike usage annually in advance and so there was no need for the stage coaches to pull up and pay the tariff. In fact, the coach would blow on a horn to announce their arrival, so that the toll gate keeper could open the gate and allow them to pass through without stopping.

This turnpike was also used for the transfer of prisoners who were marched from Sheffield to the gaol at Wakefield. In the bleak courtyard at Wakefield Prison there was a mulberry bush. The women prisoners were exercised around this bush every day and this activity gave rise to the song ‘Here we go round the mulberry bush.’ The original bush eventually died in 2019.

In 1835 Burngreave Road was opened. It was described in the 1848 “A Topographical Dictionary of England thus:

“…A new road to Barnsley has been constructed, leading through the romantic dell of Burngreave to Pitsmoor, and avoiding the precipitous hill of Pye Bank.”

From the mid-1860’s, horse buses, running from Sheffield Town Hall to Osgathorpe (Fare 3d), used to pass this way until 1899 when electric trams were introduced. They ran until 1960 when they were replaced by motor buses. This road continued to be the Sheffield – Barnsley – Wakefield – Leeds; designated the A61 from 1922 until 1935, when it was redesignated A6135. A61 has been applied since then to the Penistone Road/Halifax Road route. 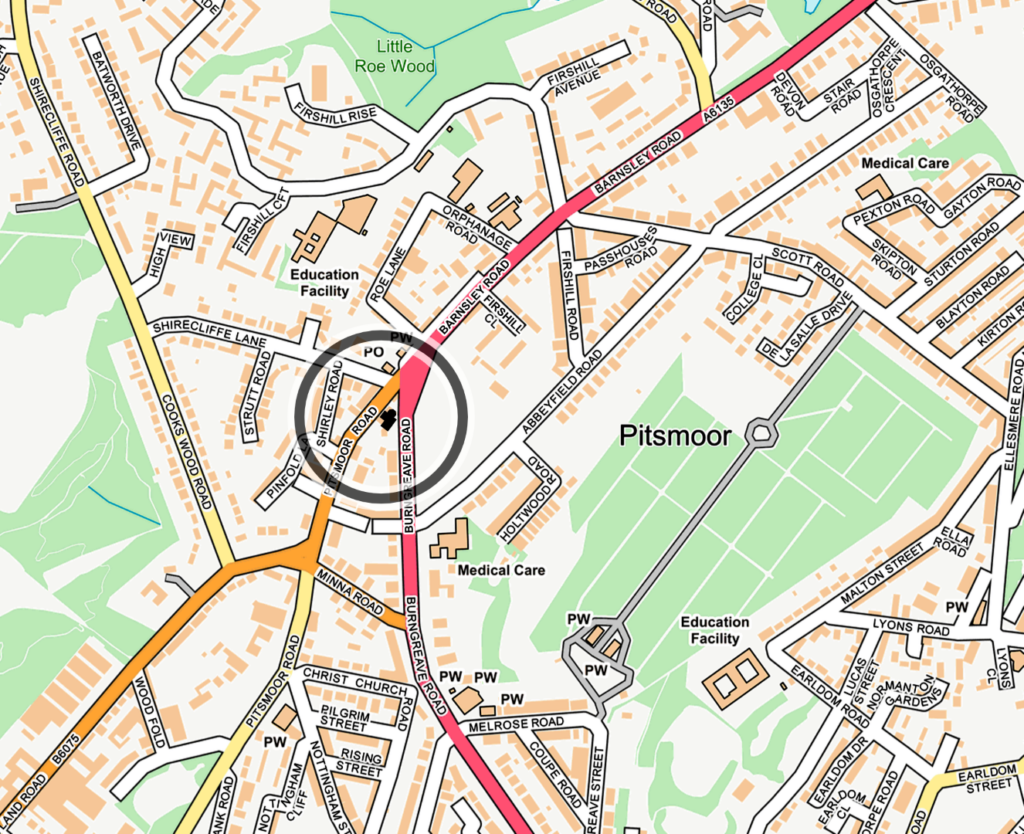 And the future? It seems that motor buses, as we know them, are soon to become obsolete and be replaced by low emission vehicles. Hopefully this will be better for our health and that of the planet.