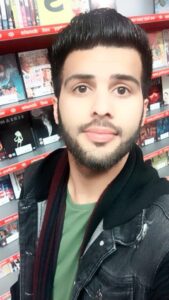 On February 26th 2020, Adnan Hussain was driving through Grimesthorpe when truck driver, Nicholas Clayton, 51, from Hillsborough, “thumped” on Adnan’s windows shouting a racial slur, adding “go back to your country, you smell like s***”.

Former Sheffield councillor Ibrar Hussain was Adnan’s passenger and with his support, Adnan drove to Clayton’s employer and filmed the ensuing confrontation on his phone.

Adnan says that Clayton’s employers’ initial response to his complaint was “nothing we can do”, however Adnan’s savvy sharing of the video on TikTok gained 1.2 million views and Adnan said the company later called him saying Clayton had been sacked.

Adnan bravely reported the crime and on 10th February 2022 Nicholas Clayton was found guilty of “causing alarm or distress by using threatening or insulting words”, Sheffield Magistrates’ Court ruled it was “racially and religiously aggravated”. Clayton was fined £250, a victim surcharge of £34 and £250 costs.

Adnan is happy he took a stand, highlighting the wider issue of racism in a city heralded as “diverse”. Adnan says ethnic minorities are still looked down upon:

“No matter what background you come from, no one should have to prove that they are a part of a community as we all are the community!”

The positive international response to Adnan’s viral video showed that many people empathise with victims of hate crime.

Adnan wants to thank the citizens of Sheffield and South Yorkshire police for supporting him.

If you are affected by issues addressed in this article, do not be afraid to speak out and ask for help.

To report a hate crime go to www.report-it.org.uk/