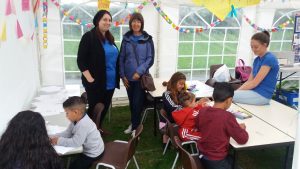 In the aftermath of the EU Referendum a surge in hate crime across the country made it clear that it was time for our community to come together once again to celebrate diversity in all shapes and sizes. The Messenger team decided to use our role as a centre for bringing people together to set up a Community Action Network to bring back a smaller version of Abbeyfield Festival. On 3rd September 2016 despite appalling weather the Community Action Network put on the rebranded Burngreave Hullabaloo, with help from anti-racism charity Hope Not Hate. While we didn’t have the staff hours or big budget of Abbeyfield Festival we certainly put on a good show and the network is well prepared to do the same next year – and this time we’ll invite the sunshine!

We are now looking for more people to join the network and an organisation to take the lead in next year’s organising. If you are interested please email naomi@burngreavemessenger.org

If you are interested in putting on a community event why not take a look at some of the resources we have made to help here. 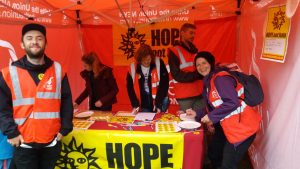 Hope not Hate volunteers from across the city came to support our Hullabaloo as part of a scheme of ‘More in Common’ events up and down the country inspired by murdered MP Jo Cox. Many thanks to Nick and his team for their generous gifts of time and funding. 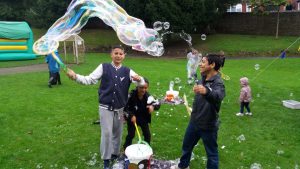 Children enjoyed blowing giant bubbles to compete with the size of the raindrops! 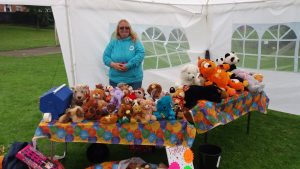 The guide leader is nearly buried under a sea of cuddly toys for the tombola.